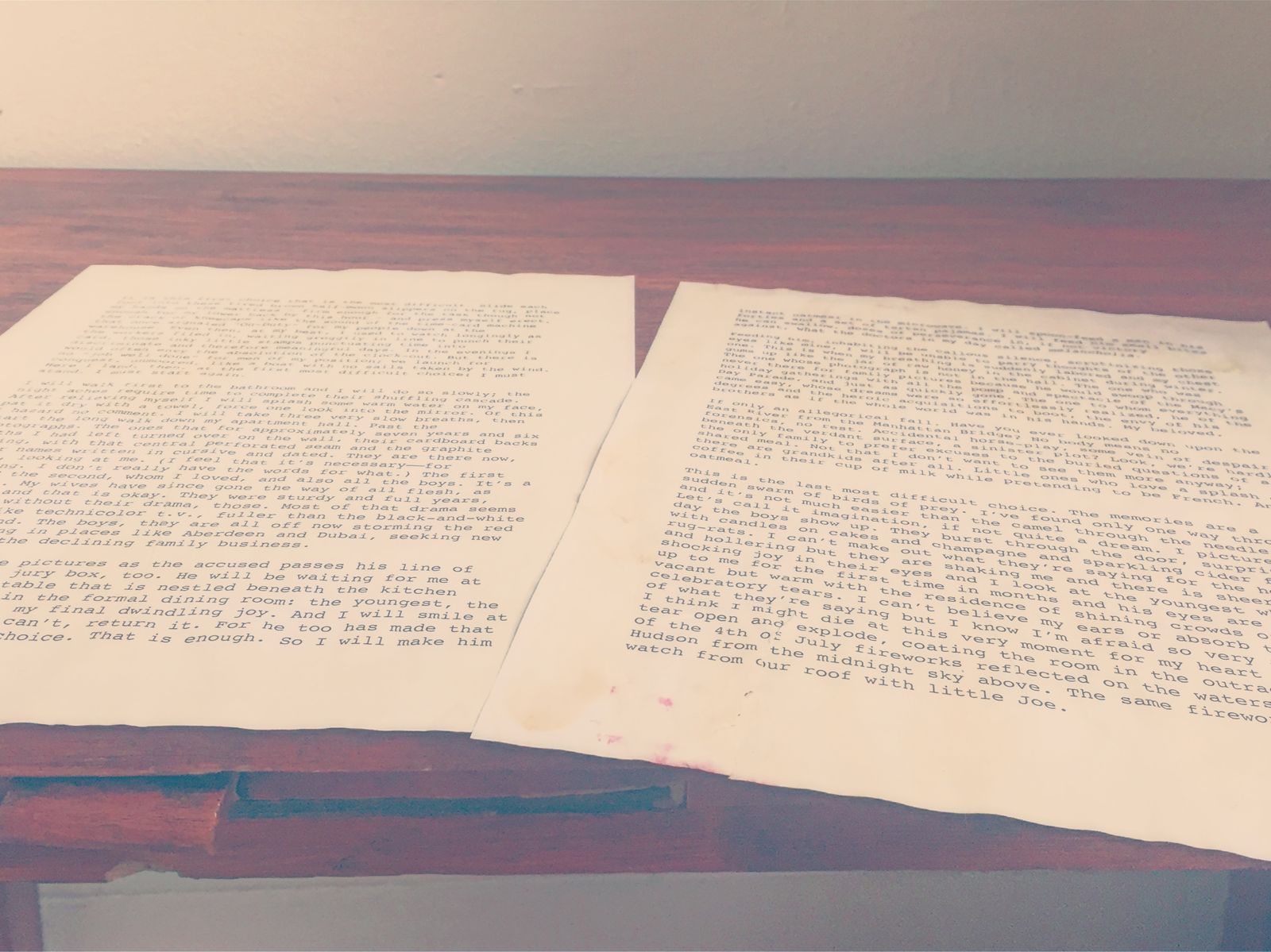 The Empty Space Between the Lines is Where the Wonder Is

I hope this note finds you with some extra space in your calendar this holiday weekend, with time for rest and reflection (and full bellies and hearts to boot). In this hope I'm sharing a piece that was created by and rewards a lack of hurry. Nearly a decade ago I found myself preconsciously wandering New York City in search of something, I knew not what. When I eventually found it, I realized what it was: empty space. Overlooked, unfrequented, usually post-industrial areas of the outer boroughs where I could find some semblance of solitude and silence. In the empty spaces I became able to see and feel new things inaccessible to me in my constant frenetic motion and frantic thinking. I was growing disenchanted with the city itself, and exploring new empty spaces allowed me to rediscover the wonder of New York for a moment. A primary goal of Tau is to help us rediscover the wonder of the world. I also hope this posture of exploration, creativity, and discovery will help us rediscover the wonder of the written word, of the word of God, and of the Word.

If we want to rediscover our initial wonder of the word we will search out and spend time in its empty spaces.

I may say more about this later, but for now let me demonstrate instead. If you are a regular reader of the Bible you might engage it like one of many browser tabs, you might turn to it every morning looking for that one bit of inspiration, you might wield it in argument, you might chop it up and build it into a neat little fortress of one or another theology. Or you might enter into it with curiosity, waiting in its expansiveness to be awed. Probably you are familiar with the practice of reading called Lectio Divina. At the same time I was wandering the hidden paths behind water treatment plants in Brooklyn I began a regular practice of Lectio Divina and of exploring a text's space between the lines. I'd imagine myself as the character in the story, and wonder if I'd react similarly. I'd work to find deep human connection and empathy with characters separated from me by culture and history. Sometimes I'd try to picture these people and events as modern New Yorkers, living their lives amongst me. What would that look like?

And so my writing project The Old and the New was born. I'd read the day's Old Testament text, take one resonant verse that felt ripe for translation, revel in the empty space and questions, then try to creatively rewrite the scene as one plausible in my city today. Here's the first one I wrote. I hope you enjoy it and are inspired yourself to spend time in the empty space between the lines, for that is where we find new connections with God, self, and others, and so it is how we rediscover our wonder.

And for play: I will send a prize to the first reader who replies to me with the exact chapter and verse the following short story was inspired by.

It is this first choice that is the most difficult. Slide each foot into these tired brown half-moon slippers on the rug, place my hands on the mattress–firm enough for the task though not enough for my lower back by this hour–and press myself erect, the crack of kneecaps like the sound of the time-card machine that once signaled "On-Duty" for my people down at the warehouse. Even then, at my best, I used to watch longingly as the workers filed in, waiting groggily in line to punch their card, those inky little stamps punctuating time into discriminate and therefore meaningful days. In the evenings I would often envy the absolution of the clock-out. But there is no "job well done" for men of my position; we sail for conquest, unmoored, like a circus tent with no stakes taken by the wind. Here I land, then, at the first most difficult choice: I must stand. I must start again.

I will walk first to the bathroom and I will do so slowly; the night aches require time to complete their shuffling Plinko cascade. After relieving myself I will splash some warm water on my face, pat it dry with a towel, force one look into the mirror. Of this I hazard no comment. I will take three very slow breaths, then start the long walk down my apartment hall. Past the photographs. The ones that for approximately seven years and six months I had left turned over on the wall, their cardboard backs showing, with that central perforated seam and the graphite proper names written in cursive and dated. They are there now, though, looking at me. (I feel that it’s necessary–for something. I don’t really have the words for what.) The first wife and the second, whom I loved, and also all the boys. It’s a long hall. My wives have since gone the way of all flesh, as they say, and that is okay. They were sturdy and full years, though not without their drama, those. Most of that drama seems to me now like technicolor t.v., fuller than the black-and-white it left behind. The boys, they are all off now storming the red earth, scheming in places like Moscow and Dubai, seeking new footholds for the declining family business.

I will pass these pictures as the accused passes his line of witnesses and his jury box too. He will be waiting for me at the small formica table that is nestled beneath the kitchen window rather than in the formal dining room, the youngest, the last remaining, my final dwindling joy. And I will smile at him though he won’t, can’t, return it. For he too has made that first most difficult choice. That is enough. So I will make him instant oatmeal in the microwave. I will spoon-feed a man in his forties and a set of tartan pajamas. I will feed him small bites he can swallow, doses of perseverance in, if not victory against, what the doctors in my day called melancholia. Oh, dear one.

Feeding him, inhabiting the callous silence, scrutinizing those eyes like mine, I will be unable to parry thoughts of the other one. This is when my breathing is suddenly labored and my chest gums up like the jar of raw honey in the cabinet during winter.  The one whose photograph is not in the hall. The one who was never there for family pictures because he would swoop through holiday gatherings with all the pomp and spectacle of the Macy’s Day Parade, and just as quickly gone. The one to whom everything came easy, whose dreams were so effortlessly realized, he of the degrees and the heroic acquisitions to boot, the envy of his brothers as if the whole world was in his hands. My beloved.

If only an allegorical fall. Have you ever looked down upon the East River from the Manhattan Bridge? No body means no forensics, no rest. Accidental horse-play, some vein of despair beneath the verdant surface, a sinister plot? Look, we’re hardly the only family to prefer excuses to the buried questions of a shared meal. Not that I don’t want to see them more anyway; there are grandkids after all. Little ones who love a splash of coffee in their cup of milk while pretending to be French. And oatmeal.

This is the last most difficult choice. The memories are a sudden swarm of birds of prey. I’ve found only one way through, and it’s not much easier than the camel through the needle. Let’s call it imagination, if not quite a dream. I picture one day the boys show up. They burst through the door, surprising us with candles on cakes and champagne and sparkling cider for the rug-rats. I can’t make out what they’re saying for the hooting and hollering but they are shaking me and there is sheer shocking joy in their eyes and I look at the youngest who looks up to me for the first time in months and his eyes are no longer vacant but filled with shining crowds of celebratory tears. I can’t believe my ears or absorb the shock of what they’re saying but I know I’m afraid so very afraid and I think I might die at this very moment for my heart is about to tear open and explode, coating the room in the outrageous colors of the 4th of July fireworks reflected on the waters of the Hudson from the midnight sky above. The same fireworks I used to watch from our roof with little Joe.

Retreats Progress as of Fall 2022

At Home In Our Body 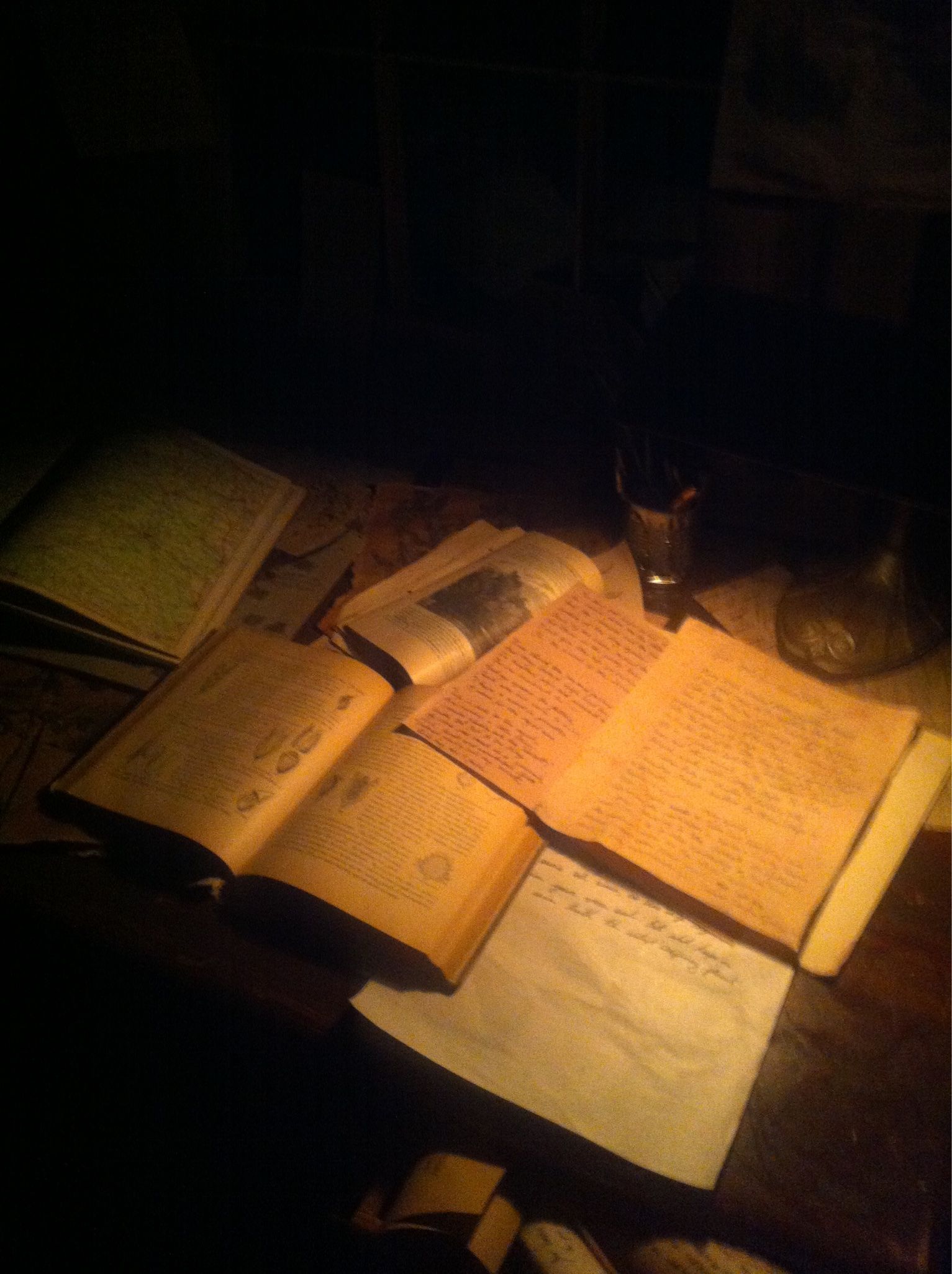 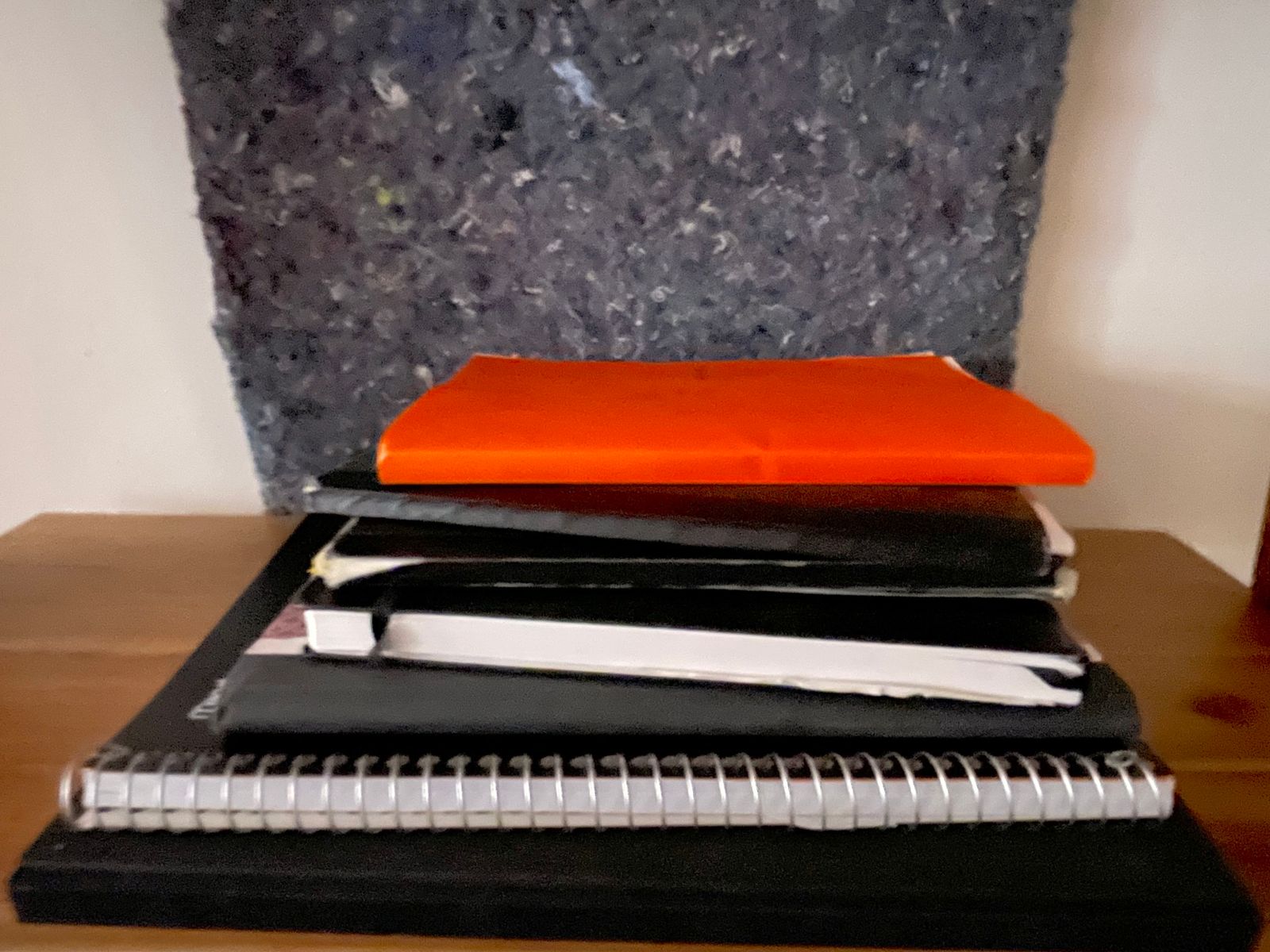 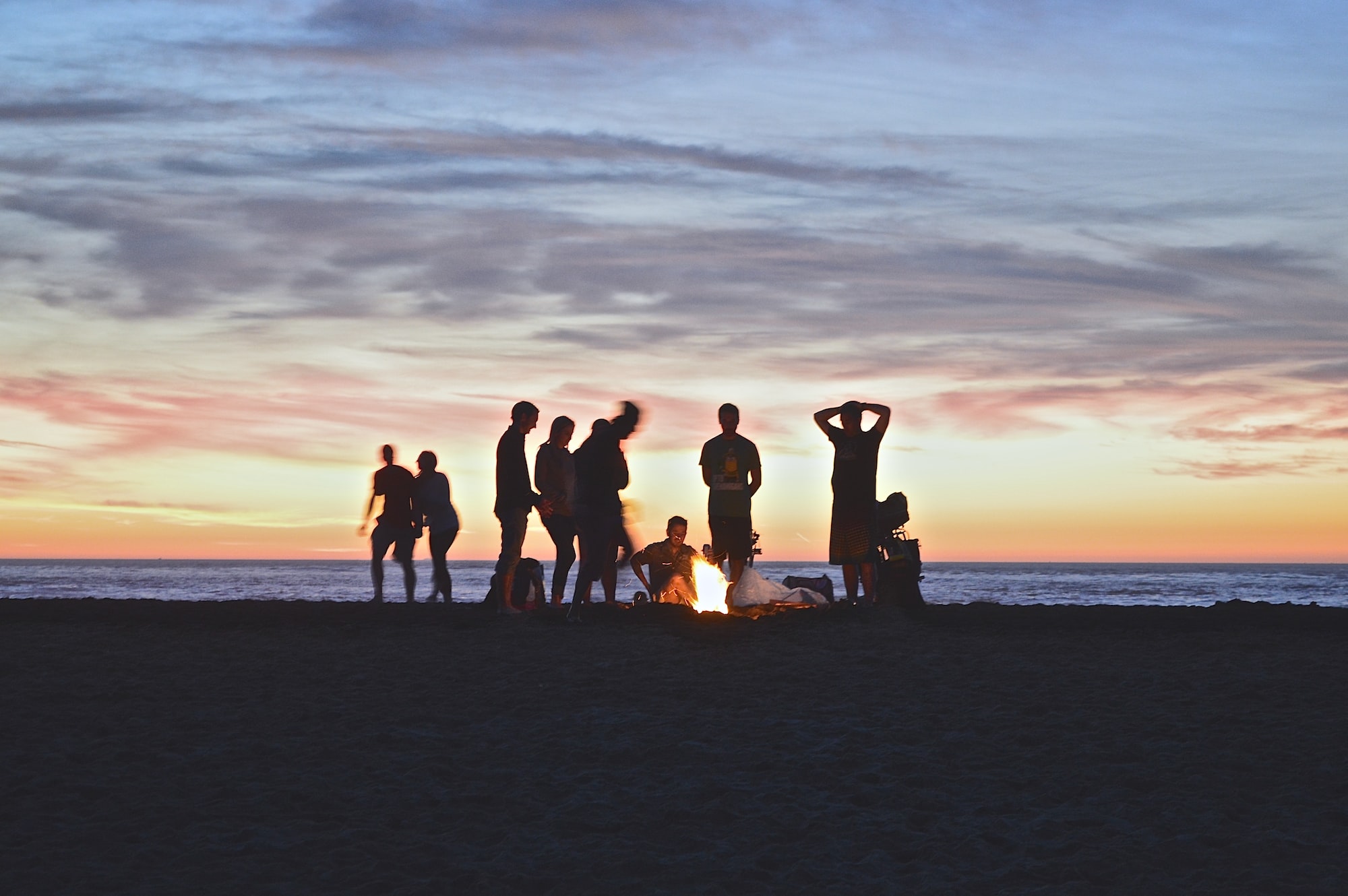 But What Will Tau Do?